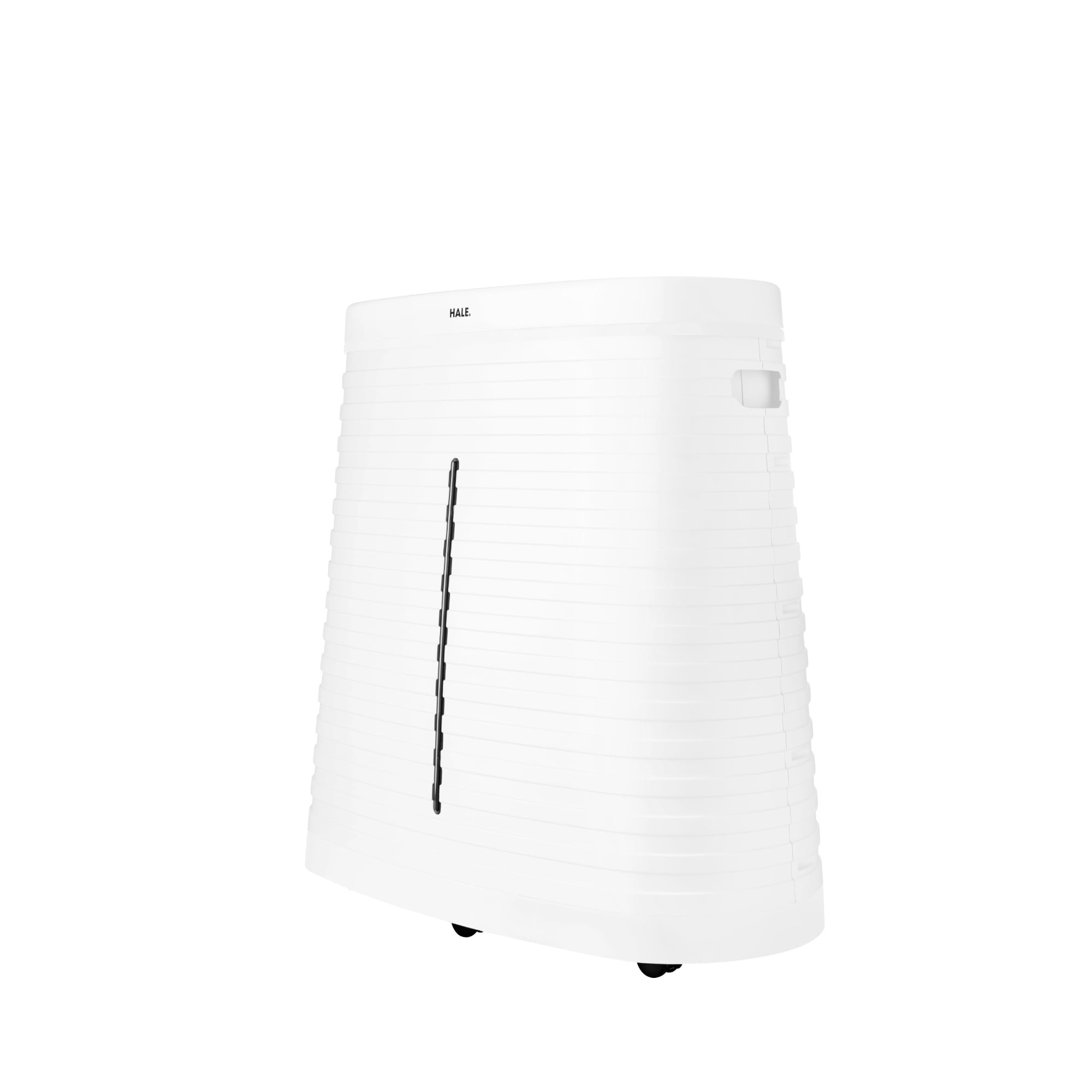 The Humidifier 45DWFW is a professional large capacity humidifier according to the cold evaporation principle, whereby water is released from the humidifier wheel to the air. Big advantage is that no contamination such as lime, dust or salt particles can be dispersed in the air.

In addition to a moisturizing effect, the Humidifier 45DW also has an air-cleaning effect. The air to be humidified is removed from dust, lint, hair and other contaminants by a 2-step filtering system. The rotary humidifying filter has an air washing effect. This filter rotates slowly like a large wheel through the water on the underside, through the part that protrudes above the water, the air is blown through which the water evaporates and the contaminants remain in the filter material of the wheel.

When this part of the filter runs through the water again the bad particles sinks to the bottom of the removable and washable tank. The pollution is no longer released to the air.

Quiet and easy to use

The fan speed can be set in three settings, so that the device is barely audible in the lowest positions and produces a powerful air stream for fast and powerful operation in the highest position. Even in the silent position the device evaporates a large amount of moisture. The wind direction easily can be changed in different angles by the movable slats.

The desired humidity can be adjusted in five steps plus a continuous operation whereby the device always works regardless of the humidity level. For situations where the humidity must be monitored to the percent, the device can also be operated in the “remote” position with an (optional) hygrostat in the socket. Water connection for easy use 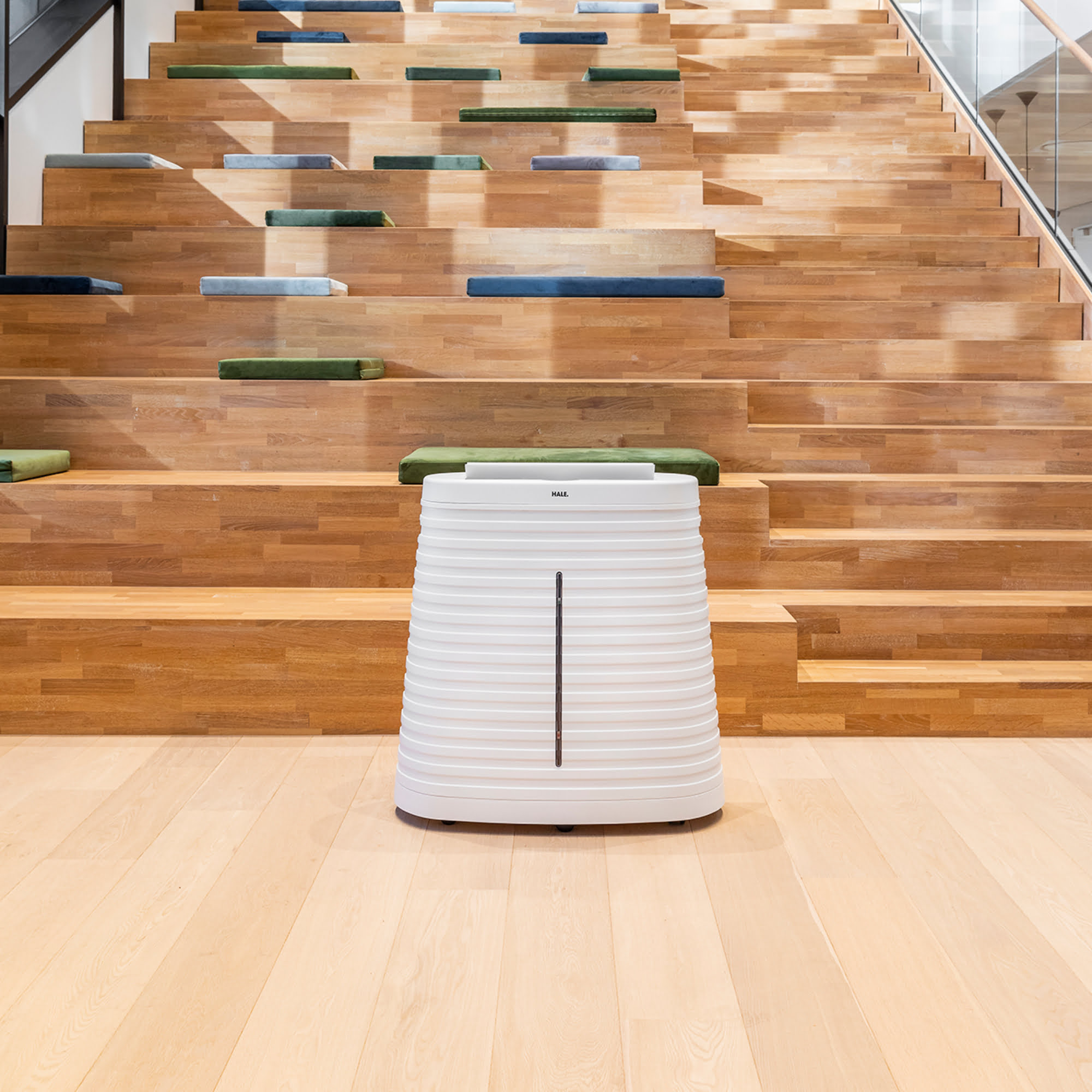 The effects of humidity

Both in winter and summer, indoor humidity can be too low. In the winter the outside air, which already contains less moisture due to the cold, is further dried out by the central heating. In Summer the air cooled by the air conditioning has a very low humidity and can therefore cause health problems or inconveniences in the summer.

The wood in furniture, parquet floors and musical instruments can also be damaged or deformed due to a lack of moisture in the air, plants and animals can also be sensitive to low humidity. 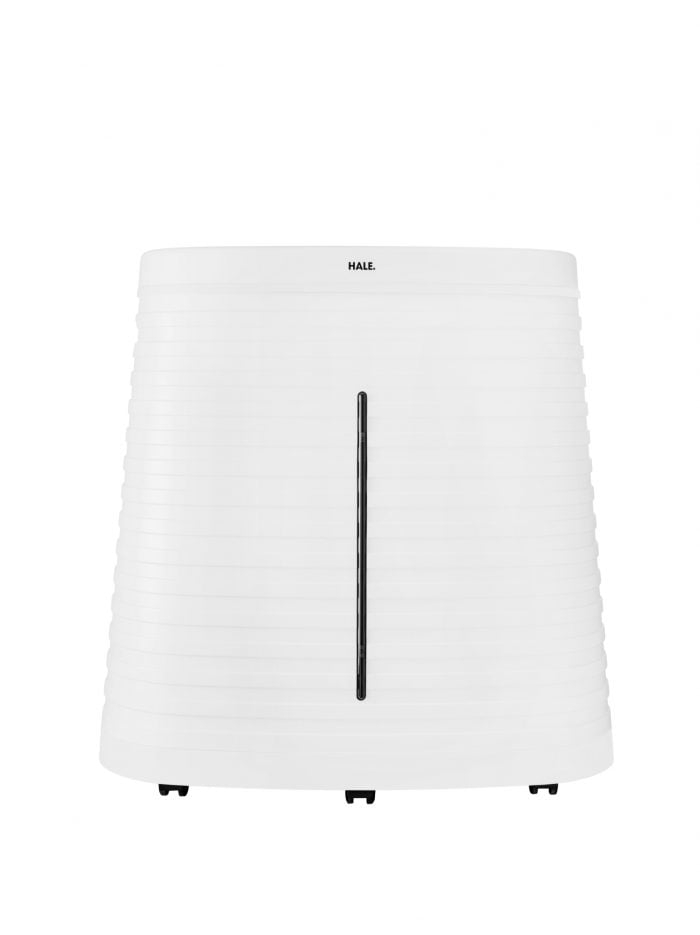 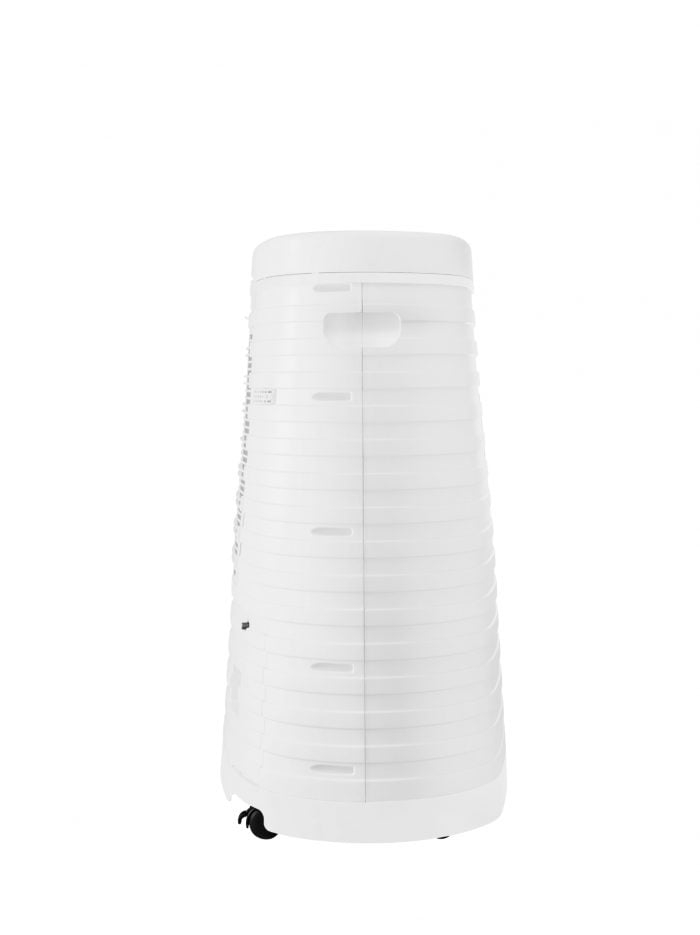 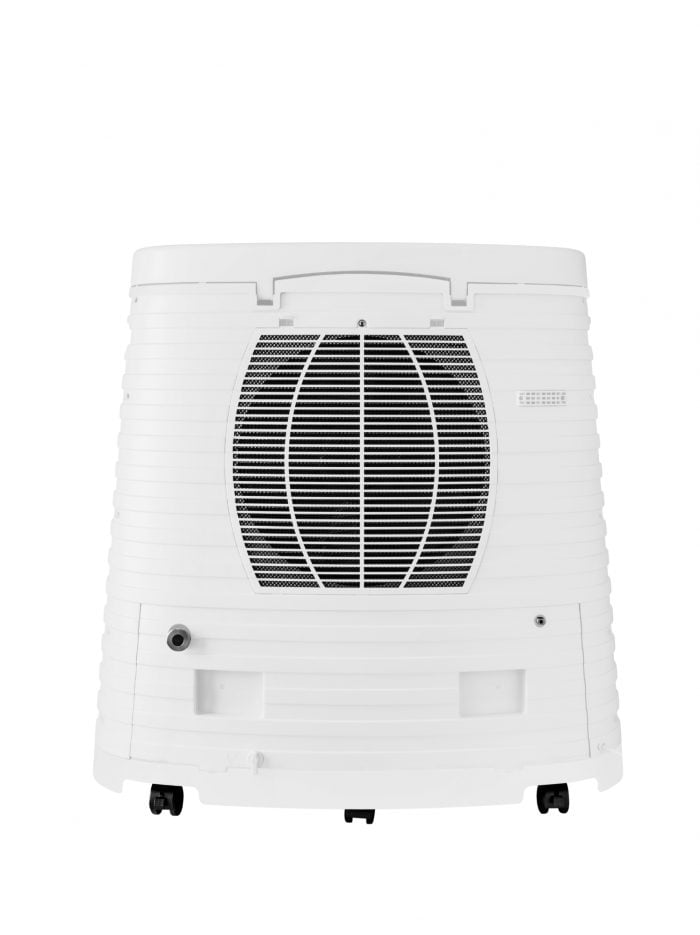 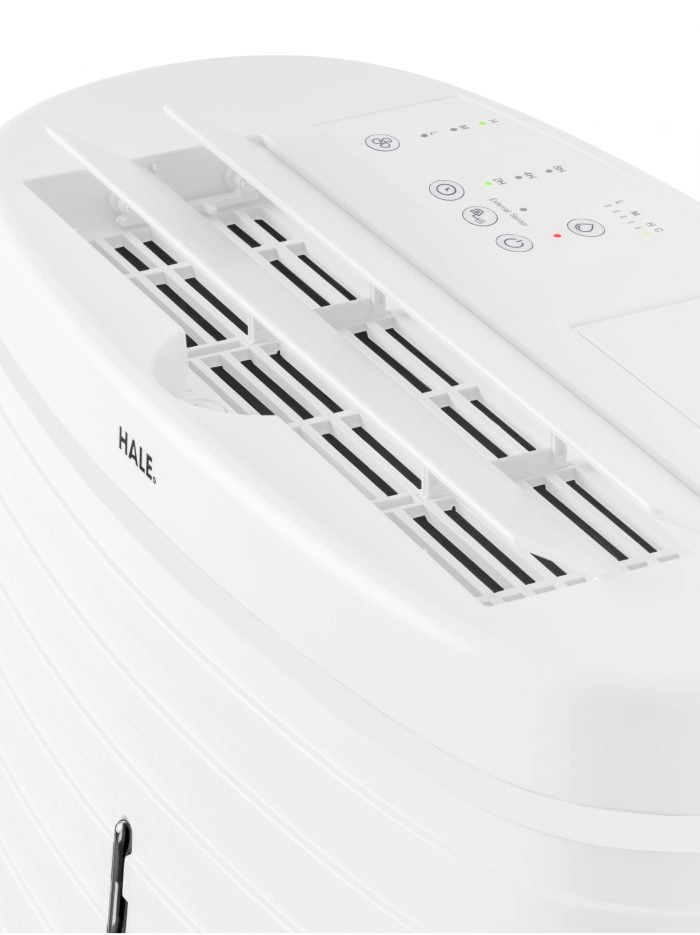 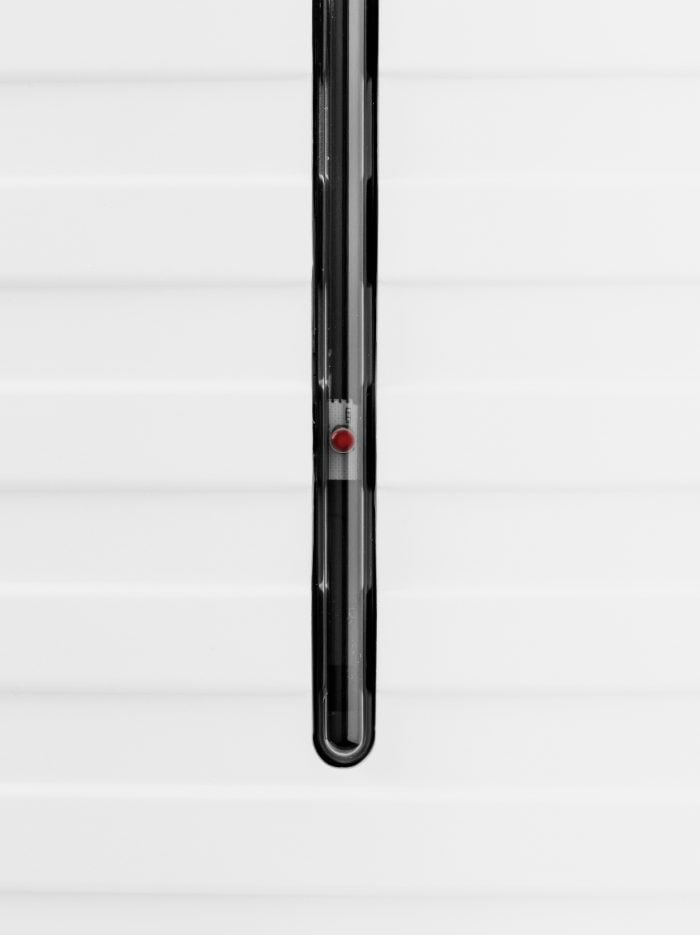 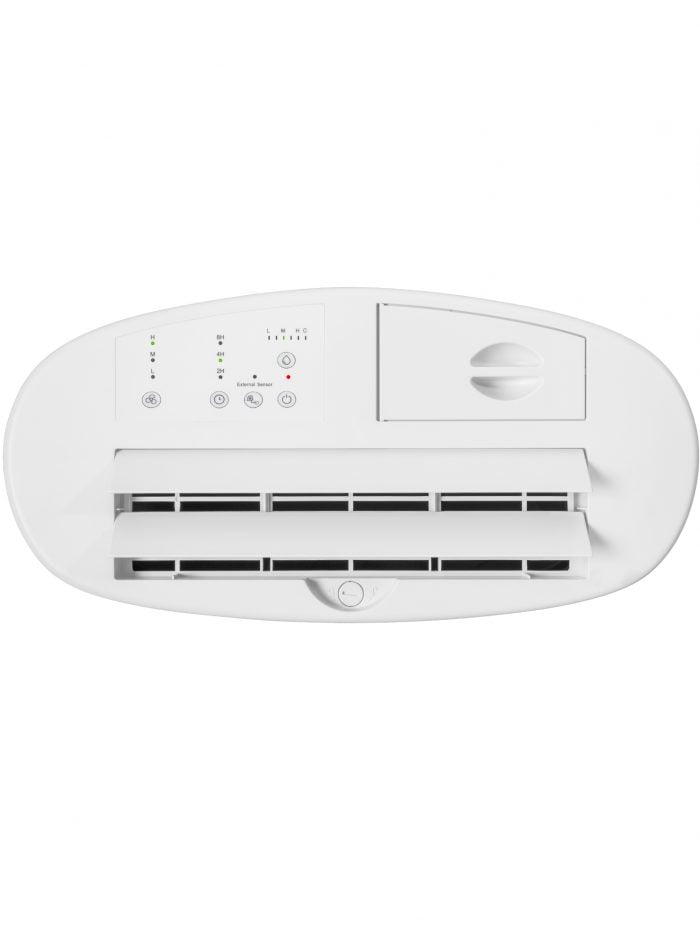 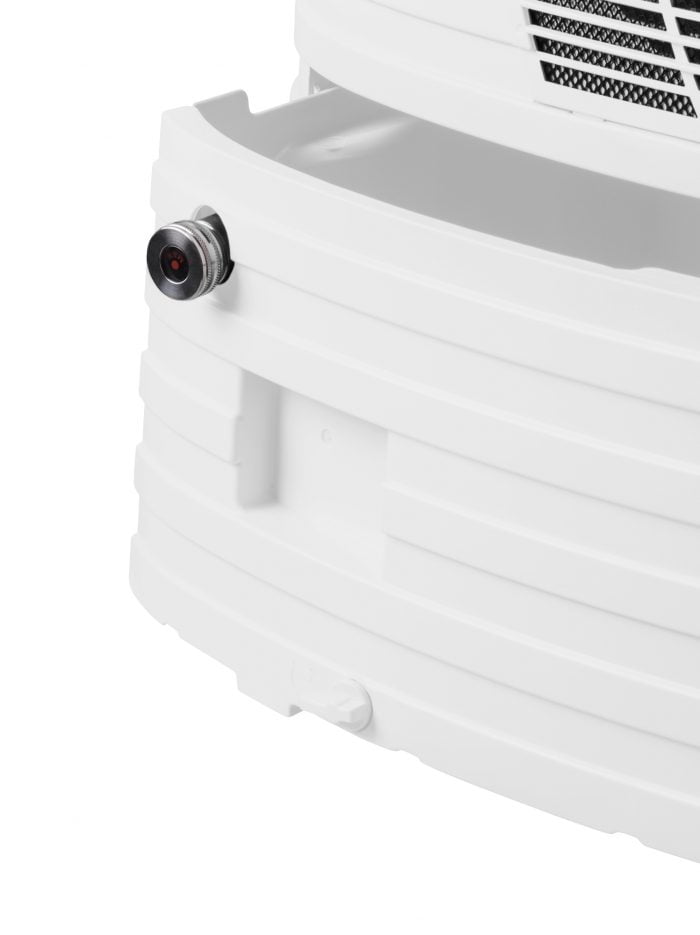 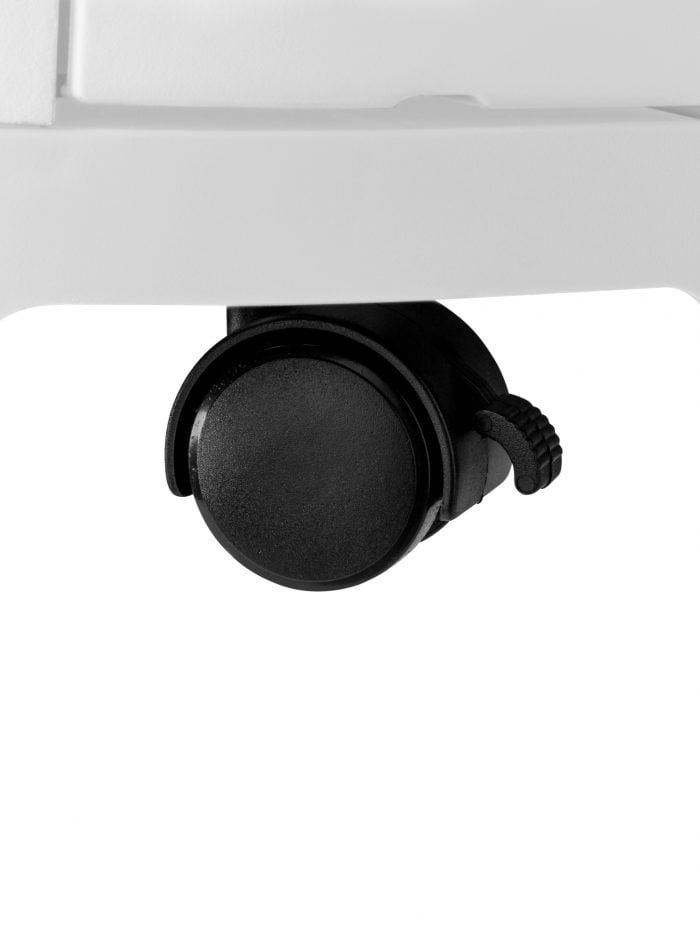 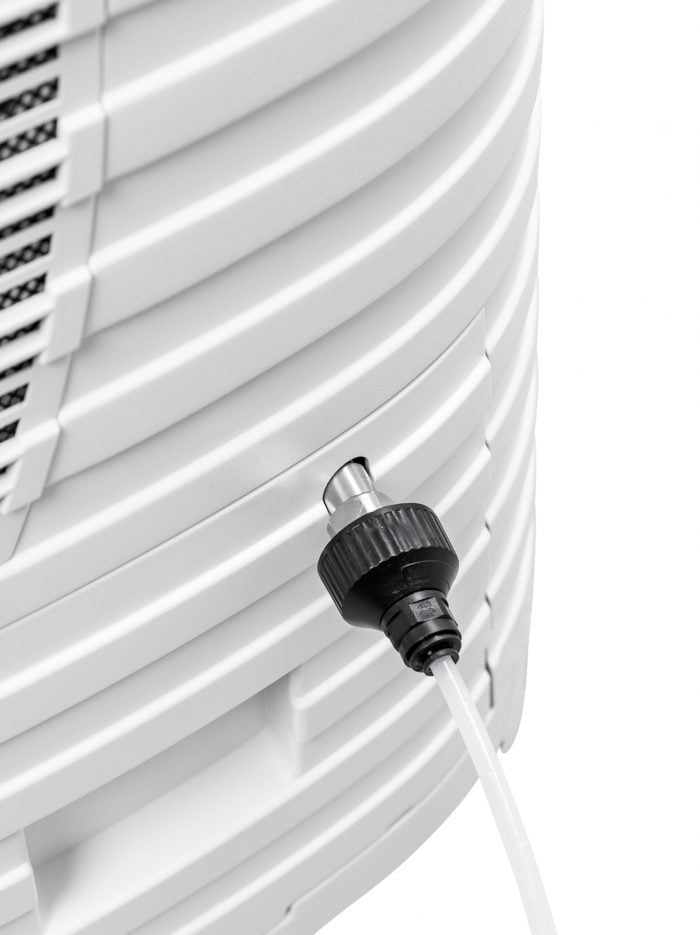 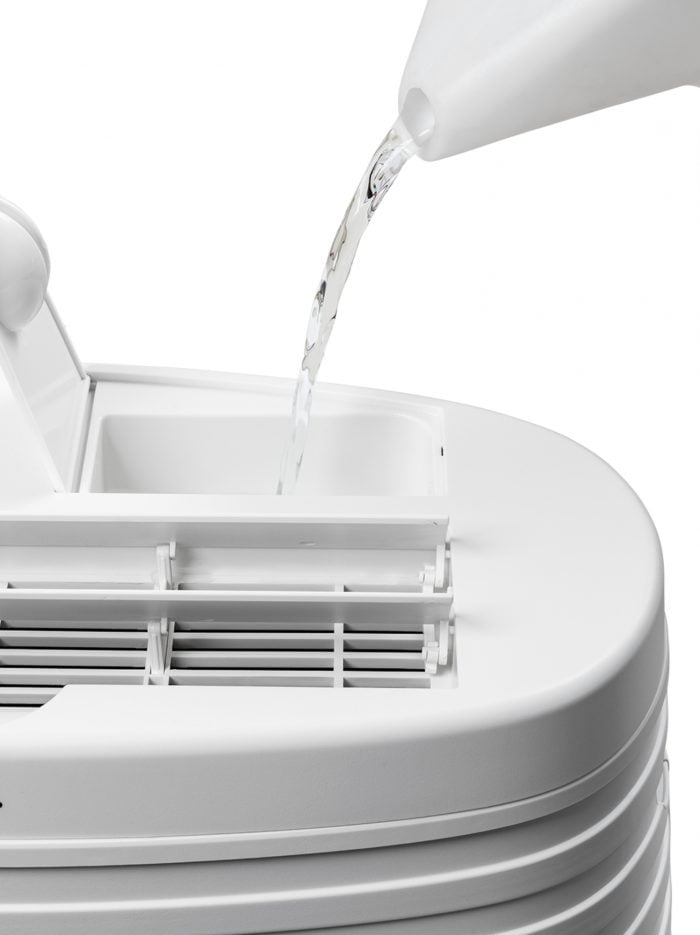 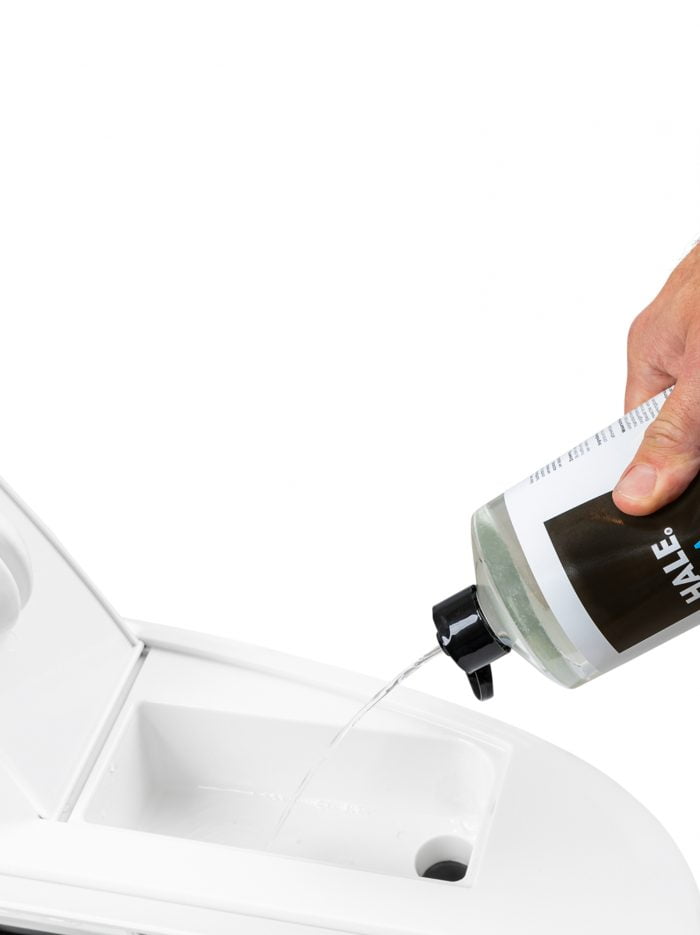 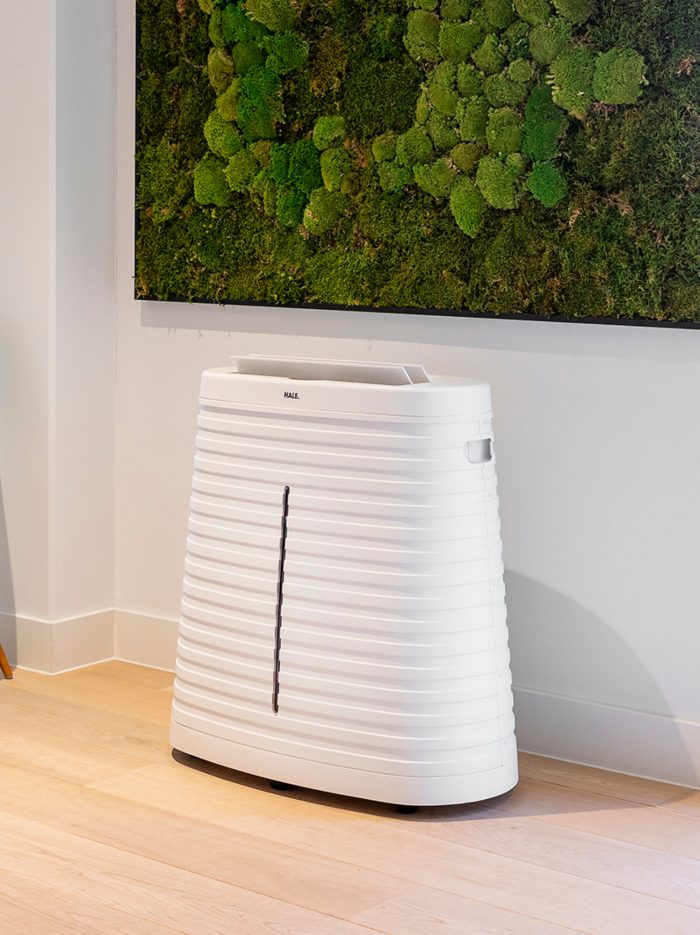 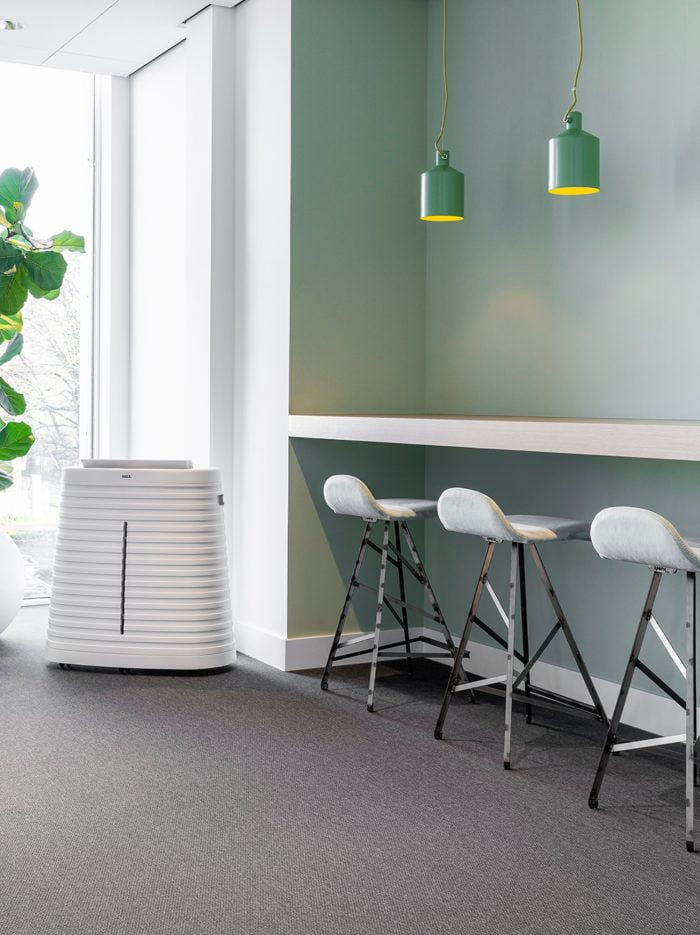 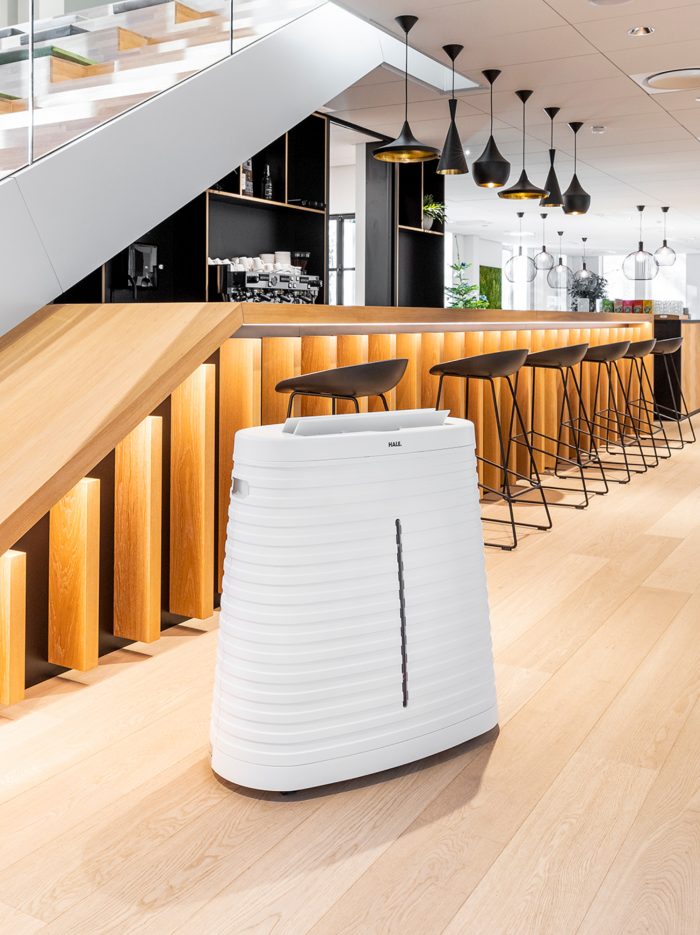 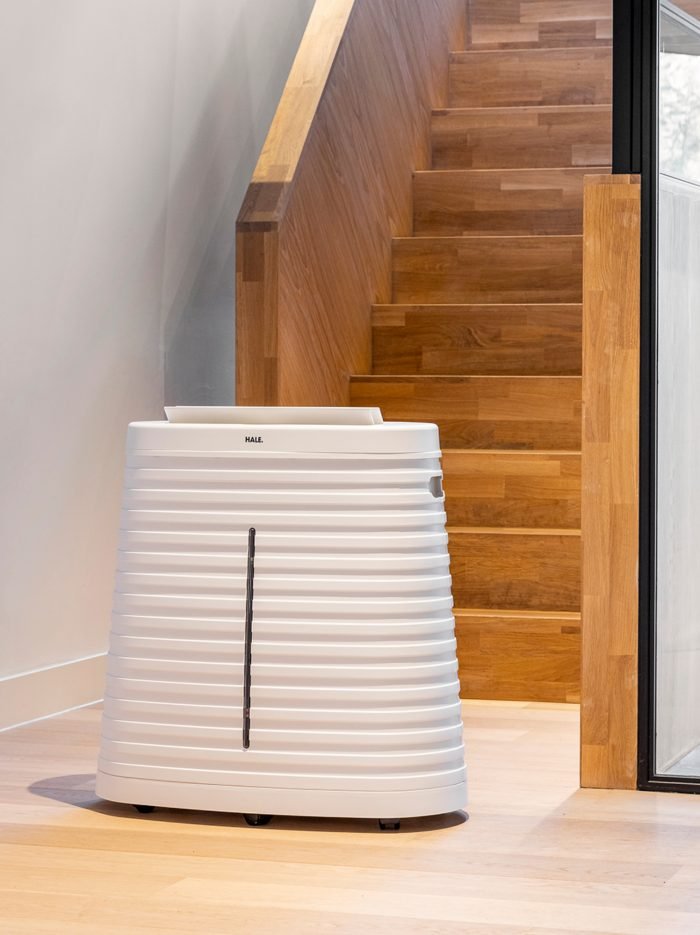 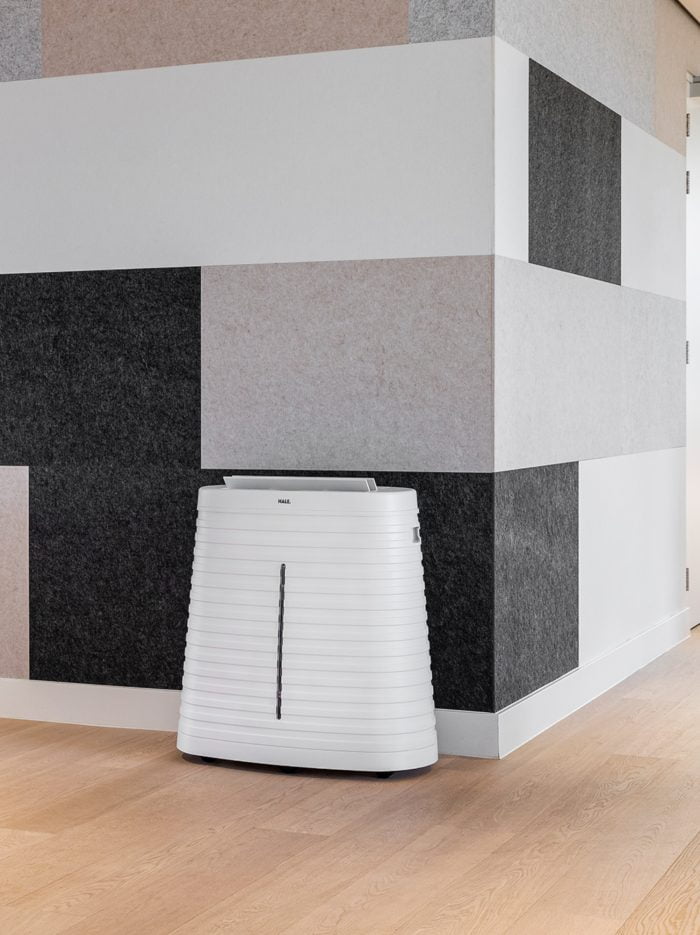 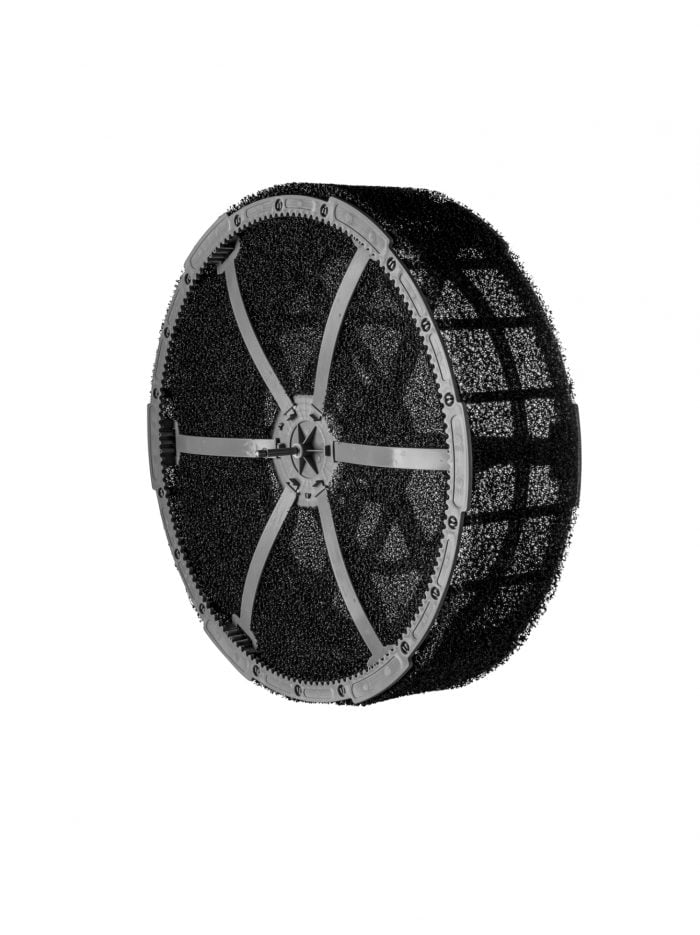 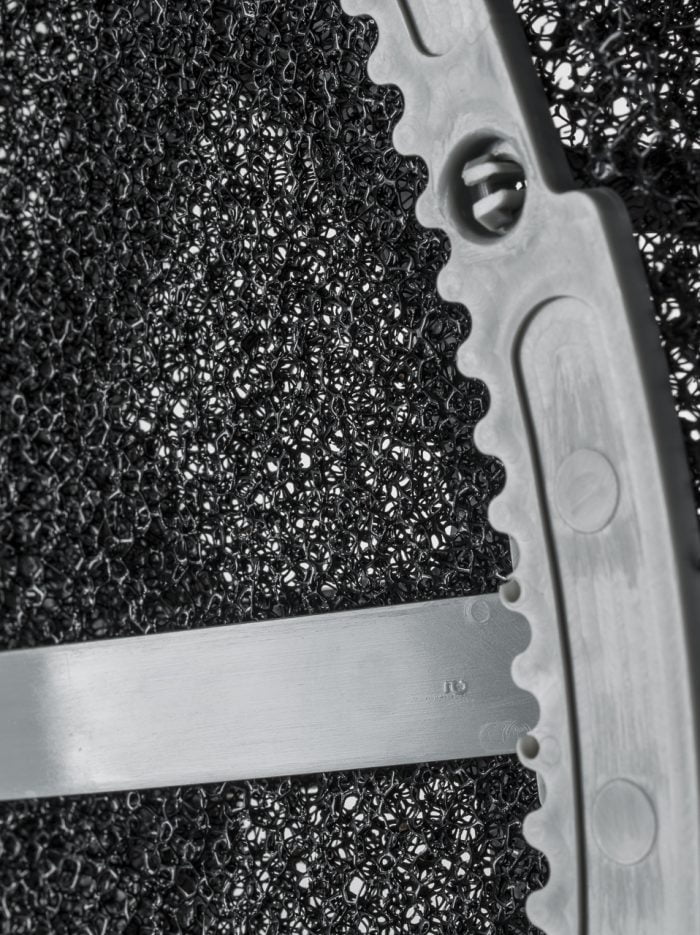 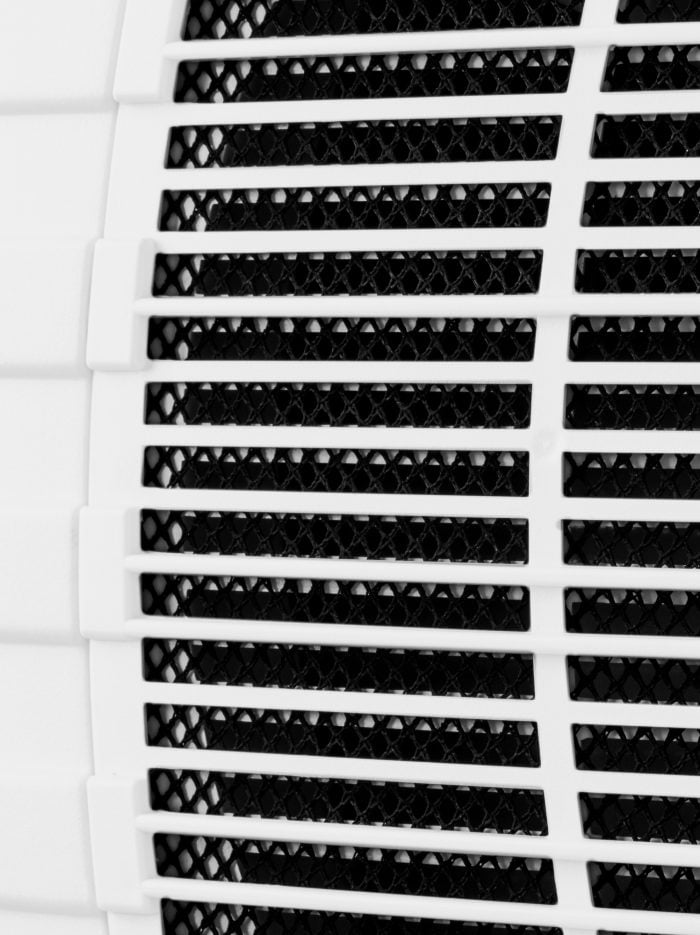